You are here:
August 7, 2015Leave a commentActivity-tehri, Event & Activities1By admin 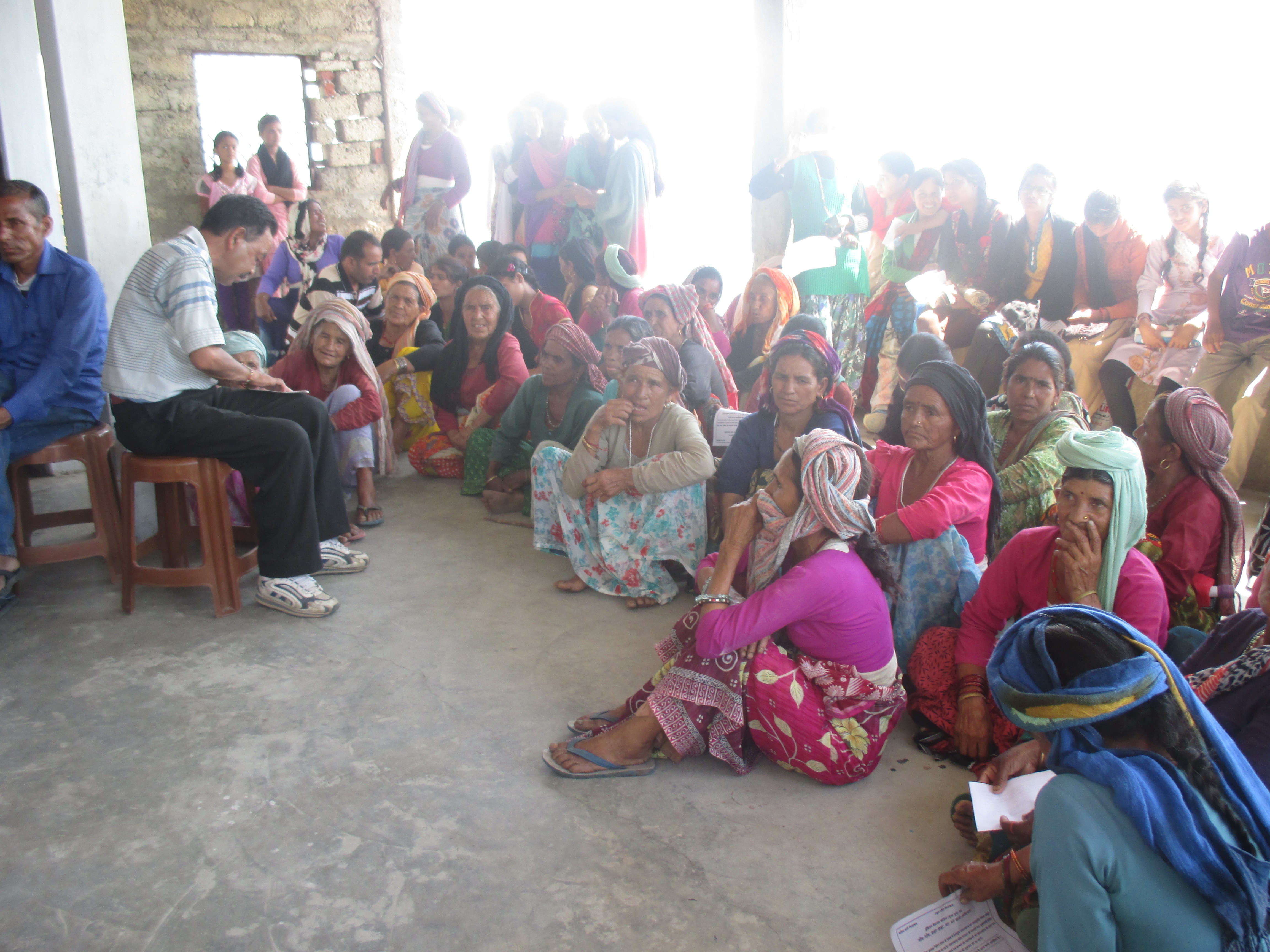 The information about new government schemes and policies does not reach rural population effectively because of poor geographical conditions and faulty organisational structures and facilities. Therefore, Soochna Seva acts as a channel to fill this gap by imparting necessary guidance about public schemes and services. To achieve this aim, the team conducts regular camps and meetings in remote and vulnerable areas.

On July 29, 2015, the Soochna Seva Kendra at Pratapgarh in Tehri Garhwal district conducted an awareness camp in Kanda village. Prior to the camp, the Soochna Seva team circulated the word through phone calls and one-to-one interaction within the village and neighboring ones too. People flocked in the camp all over from Kanda, Banali, Jakhikhal, Okhla and Pathiyana village.

The Gram Pradhan listened to the problems of villagers and also advised the participants to fill up the request form so that they could receive aid from Chief Minister Relief Fund.