You are here:
May 10, 2017Leave a commentCase Stories, impact-RanchiBy deepshikha sharma 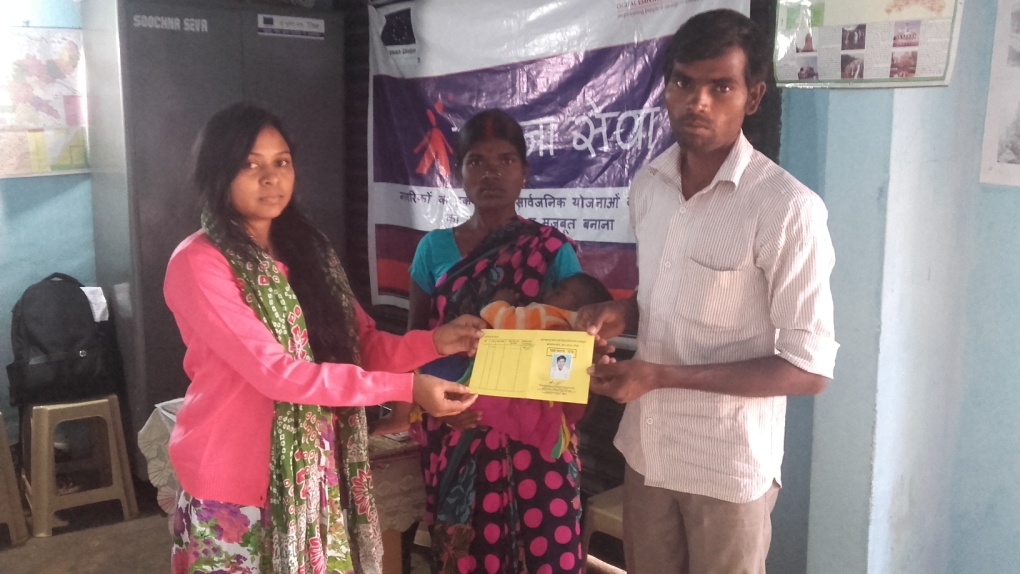 Bolo Goph and his wife Bindiya lives in Taighdiya district of Jharkhand. After Working for the whole day as labourer the couple gets only 2000 rupees in a month which is insufficient for 4 peoples to live on. Appetite took Bolo to Bengal where he worked in Brick’s furnace on daily wages. In the era of digitalisation this family was living without personal ID. Lack of any government approved identity prevents them to be the beneficiary of government different aid programs apparently they were not eligible of casting their vote.

Two years from now a fellow conned them in the name of ID card and flew away taking 150 rupees and 2photos. One year ago in a camp by aanganwadi Kendra they gave their names and address for ID accompanied with fee but this time also what they got is wait.

When the whole situation of being conned again Bolo and Bindiya somehow came in contact with soochna seva team and he was promised to be informed whenever there is a camp for voter ID card in block or in village or may be in nearby area. They not only helped her in Labour card but also assisted him opening his bank account in Prandhan mantri jan dhan yojna.