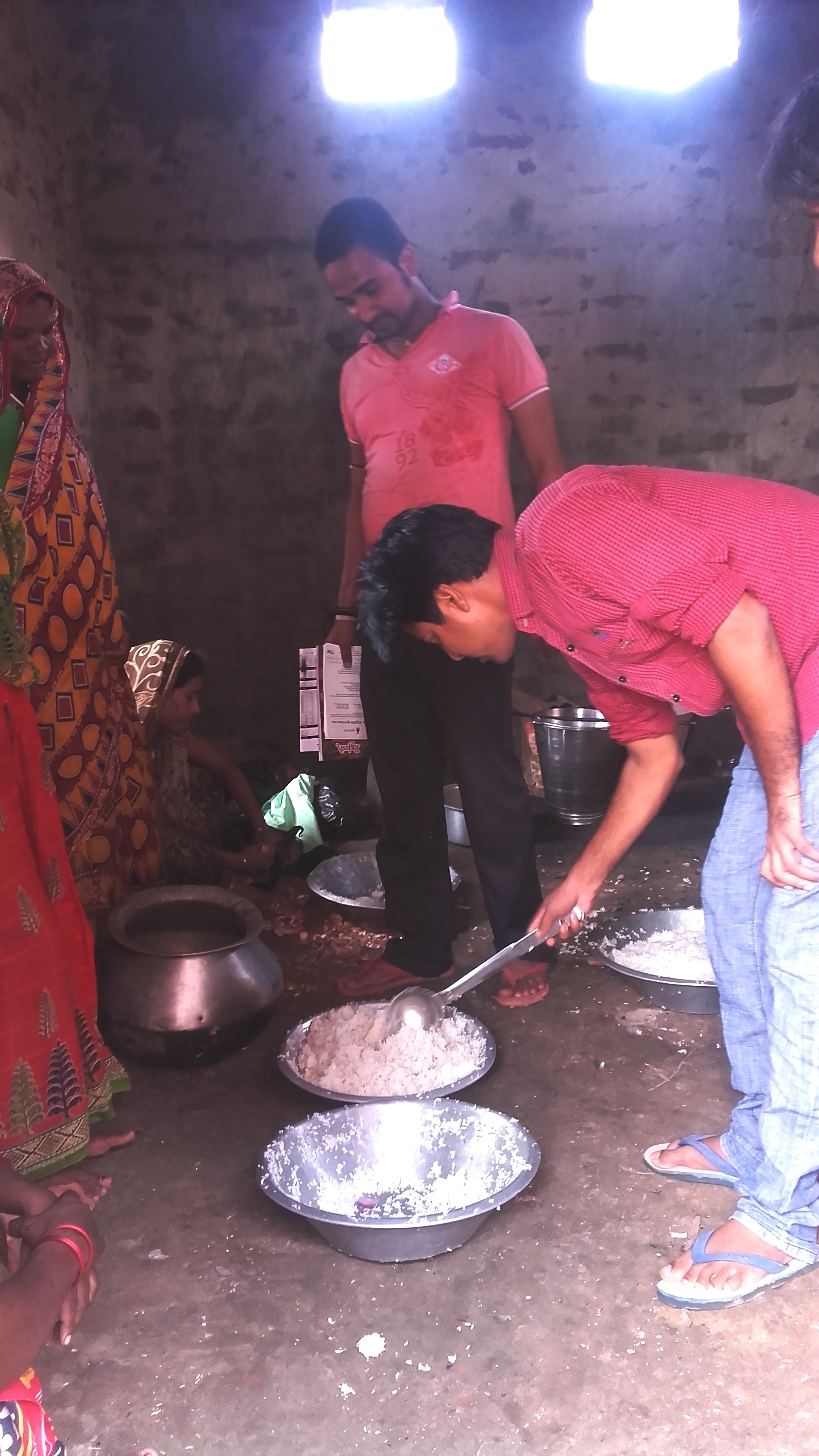 Soochna Seva team visited Rashtriya Prathamik Vidyalya in West Champaran on August 28 this year to encourage teachers and students to address their grievances about the mismanagement in Mid-Day Meal scheme and seek help in improving standards of food served under the scheme.

While team was examining the kitchen, teachers at the school told about loopholes of the scheme. They said that the recess time was not sufficient to serve meals. They complained that the teachers had to manage the whole affair without any support staff and said that they did not get time to eat their own lunches at times. They told that students had to clean up their plates and it led to loss of their time and hampers academic activities.

They also complained about the non-availability of proper utensils to cook food. They showed the twisted plates that the students use to eat food. Cleanliness is often not maintained after the recess. The team assured the teachers that the team will try to advocate their voices to the education department and will seek some solution to their problems.

India has embarked upon an ambitious scheme of providing mid-day meals (MDM) in the government and government-assisted primary schools to improve health and education of the poor children. The constant mismanagement in implementation of the scheme has been reported in newspapers. To correct the situation through available measures, Soochna Seva team regularly conducts awareness camps in schools to help schools authorities to voice their concerns to the right authorities.