You are here:
August 20, 2015Leave a commentActivity-GunaBy admin 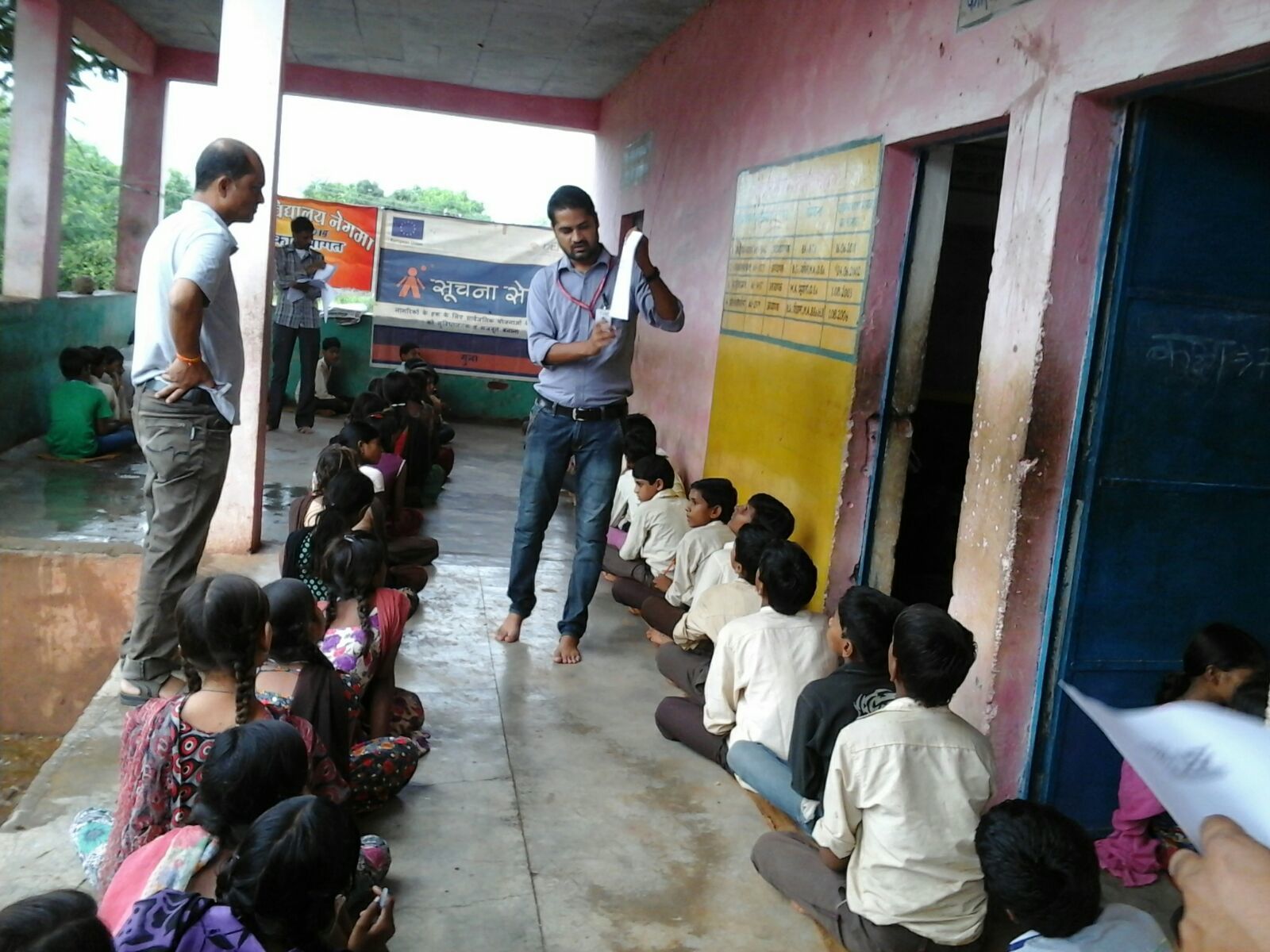 With an aim to spread digital literacy among students, the Soochna Seva team organised a General Knowledge and Computer quiz at State Middle Class School in Negma Block on August 13, 2015. A total of 61 students from class seven and eight participated. On the Independence Day, the Soochna Seva team announced the winners and felicitated them with prizes and certificates of excellence.

Satish Kushwaha of Cheelkheda village, Bhanu Dhakad of Negma village, and Giriraj Yadav of Negma village bagged the first, second and third position respectively. To encourage girl students in digital learning, three girls were also awarded based on their performance.

Students attempted 30 objective questions in an hour; out of which 15 questions were on General Knowledge and other 15 on Computer. Nagendra Chaturvedi, District Manager of Soochna Seva at Guna, encouraged the students to read as much as they could to expand their understanding of the surroundings.

Teachers of the school supported the activity and helped the team in organising the event. Post the felicitation ceremony, Soochna Seva team distributed sweets among the students to celebrate the Independence Day with gaiety.